Serving the greatest Austin area since 1981. 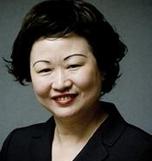 After graduating from Taiwan's Ming Chuan University, Ms. Lin completed a four-year internship under Dr. P.R. Sun, a well- known Traditional Chinese Medicine doctor in Taiwan.  Since arriving in Texas, Ms. Lin has distinguished herself as a pioneer in the successful effort to pass acupuncture legislation in Texas; in her position as the first Chair of the Education Committee of the Texas State Board of Acupuncture Examiners; and in her work to set the high TCM standards that now exist in Texas.  As the founder of the Texas Health and Science University, the first school of acupuncture in the state of Texas, Ms. Lin has been at the forefront of acupuncture and acupuncture education. In 1993, then-governor appointed her to the Texas State Board of Acupuncture Examiners, as the first-ever Chair of the Board's education committee. Ms. Lin has practiced acupuncture and Traditional Chinese Medicine in Texas for more than 38 years.